The moment ‘three’ is associated with ‘Tamil’, the first thought that came to me was the three sangams. A classical language like Tamil must definitely have civilization markers attached to it. We have all heard that there are three Tamil sangams and the first two were devoured by natural calamities. தேவநேயப் பாவாணர் in his book Primary Classical Language of the world outlines a lot of references and evidence towards “Lemuria” and Tamil Languages antiquity.

Gondwanaland is a hypothesized ancient southern supercontinent comprising most of the landmasses in today’s southern hemisphere, including Antarctica, South America, Africa, Madagascar, Australia-New Guinea and New Zealand, as well as Arabia and the Indian subcontinent, which are in the Northern Hemisphere. Gondwana is thought to have formed roughly 510 million years ago and to have lasted until about 150 million years ago. Lemuria is said to have broken apart due to plate tectonics from the Gondwanaland.

Geologists have shown a lot of interest in discovering details about Lemuria and Atlantis. Atlantis became popular due to Plato’s references to the same.

Lemuria according to traditional Theosophy began over 34 ½ million years ago, and the people in Lemuria were dark skinned and a loving, simple race who co-existed peacefully with the animals around them. When their continent slowly began to sink as a result of so many volcanic eruptions across the continent, the Lemurians dispersed; colonizing the neighboring East Indies, Southern India, and Africa. 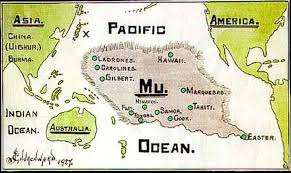 Pavanar’s timeline for the evolution of mankind and Tamil is as follows:

According to Silappadhikaram, the “cruel sea” took the Pandiyan’s land, part of which was present between the rivers Pahruli and Kumari rivers(and these rivers are said to have originated from Meru Mountain!).

Adiyarkkunallar, a 12th-century CE commentator on the epic, explains this reference by saying that there was once a land to the south of the present-day Kanyakumari, which stretched for 700 kāvatam from the Pahruli river in the north to the Kumari river in the south.

A civilization of such monumental value should have been rich with culture, arts and of course, literature. The five great classics of Tamil literature has a lot to reveal about the civilization. Irrespective of the religion treatise, there was a common factor in most of the literature work - the necessity to touch on the topics of அறம், பொருள், இன்பம், வீடு.

There has been consensus even on the grammar of an epic:

People who wrote the commentary to these epics also tried to explore how the epic did justice in explaining these 4 fundamental values. More details on Grammar of epic here

Any discussion about Tamil literature is not complete without Thirukural’s reference. So, did Thirukural do justice to these 4 fundamental values? Thirukural is often referred to as முப்பால், முப்பானூல்.etc., We have also been lectured in schools that the முப்பால் includes அறம், பொருள், இன்பம். Whatever happened to that “வீடு”?

திருவள்ளுவமாலை is a collection of poems written in praise of Thiruvalluvar and Thirukural. A quick skim through the verses in this collection leads to some interesting references to நான்காம் பால்.

அறம்முதல் நான்கும் is the most common phrase in these praise verses and that clearly infers the நான்காம் பால் aspects in Thirukural.

With this in mind lets look at the following Venba,

This is a venba by Avviyar. Like Thiruvalluvar, Avviyar’s timeline is a big unknown. It is also said that this was recited by Avvai to Thiruvalluvar.

The பேரின்ப வீடு could mean different things for people who follow different religious philosophies. The Western world regards people like Plato, Aristotle, Socrates as philosophers and their works are studied by various schools of philosophies. Unfortunately, when it comes to Indian philosophy, it so happens that only religious scriptures are studied and such Tamil epics which clearly define and elaborate the fundamental philosophy of a mammoth civilization is conveniently ignored.

Thiruvalluvar is a Lemurian philosopher at par with Plato, an Atlantis philosopher! It’s time for Geologists and philosophers to explore Tamil literature for some lost world discovery.